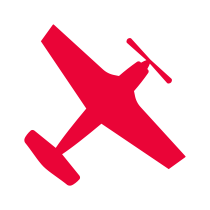 If you fly or service piston-driven aircraft, it’s crucial to be aware of an often-overlooked danger inside the cabin — carbon monoxide (CO) exposure and poisoning.

In the aviation industry, typical sources of CO exposure include:

On the ground, technicians and pilots can be exposed to externally produced CO that enters flight decks and cabins from ground servicing equipment, other aircraft, or from damaged or poorly maintained internal equipment.

With piston-driven aircraft, the risks of an adverse event due to carbon monoxide at altitude rise since they are solo-piloted craft.

The Federal Aviation Administration (FAA) estimates that over a period spanning 1967 to 1993, 360 victims of aircraft crashes had sufficient carbon monoxide exposure to impair their abilities. To protect pilots from the effects of carbon monoxide (CO) poisoning, there are some essential safety precautions that should be followed.

Detection and Prevention of Carbon Monoxide in Piston-Driven Aircraft

Confusion and disorientation caused by carbon monoxide (CO) poisoning in aircraft can be attributed to anywhere from .5% to 2.0% of fatal aviation accidents.

In piston-driven aircraft, a heat exchanger is attached to the exhaust system to provide cabin heating. In a fully functioning model, the gas and air should remain independent, as they travel along two separate tubes. However, when there is a failure in this exhaust system, FAA research has indicated up to a 70% chance of a corresponding CO hazard.

There are several areas of concern to be aware of concerning piston-driven aircraft:

Prevention of CO in Piston-Driven Aircraft

For the highest level of safety, all aircraft should be subject to strict routine maintenance and inspection protocols as outlined by the FAA to reduce the possibility of unsafe levels of carbon monoxide infiltrating the aircraft.

Installing a CO detector in the cabin can further increase your awareness of the presence of CO in the aircraft.

All aircraft should be subject to strict routine maintenance and inspection protocols as outlined by the FAA to reduce the possibility of unsafe levels of carbon monoxide infiltrating the aircraft.

In addition, monitoring CO levels using a CO inspection and detection device is a sensible and noteworthy precaution.

To learn more about the effects of CO poisoning, please review Understanding the Effects of Carbon Monoxide.

The Sensorcon AV8 Inspector is a trusted tool used by pilots, aviation technicians and mechanics, and aircraft inspectors for detecting and identifying the source of carbon monoxide leaks.

Low-to-moderate carbon monoxide (CO) levels in the cabin are indicative of a leak. After ruling out possible outside sources of carbon monoxide, for example another aircraft or ground vehicle idling nearby, the professional can use the Sensorcon AV8 Inspector to check specific areas of the aircraft to identify potential issues.

The Sensorcon AV8 Inspector is a portable and reliable carbon monoxide meter (CO meter) that was designed in the USA and assembled in our manufacturing facility located in Buffalo, NY.

The CO meter provides you with real-time readings all the way from 0 to 2000 PPM and is used by professionals to monitor or inspect for carbon monoxide.

<<Back to Aviation Main Page